Have you ever been locked out of a software because the trial period expired? With our list of open source alternatives for desktop publishing, you can pursue your creative efforts with renewed vigor.

Would you like to write for us? Well, we're looking for good writers who want to spread the word. Get in touch with us and we'll talk...

Desktop publishing was an unknown industry 30 years back. Whenever companies needed a design, they would hire artists who would composite a rough sketch and get the owner’s approval, and then work on the final layout. Design was expensive, so the design stayed the same decades later. The proprietors of desktop publishing companies ruled the kingdom with glee, as they provided exclusive output to posters, logos, and AD agencies.

But with the advent of technology, anybody with a desktop and a creative sense could get into this industry. But demand and supply go hand in hand. Software companies decided to be stingy, and saved the best features for their paid versions, and included a trial version for those who needed to see it and not use it on a daily basis. We present to you a list of the best open source desktop publishing applications available today. With this, you can run a small business without digging deep into your pockets.

Scribus is one of the best open-source software that is compatible with Mac and Windows. It follows the principle of WYSIWYG (What You See Is What You Get). Armed with a word layout software and CMYK palettes, it gives users the chance to explore their creativity without compromising on quality. It comes with predefined templates for brochures, greeting cards, posters, and business cards. A better alternative to Microsoft Publisher, it even supports the creation of PDF and many other popular formats like PSD and AI, both from Adobe. It has a drop-down menu and a floating properties bar, which is easier to input and saves on time. That being said, it can’t support the formats of InDesign and QuarkXpress. Support for importing these formats is worked on in the next version.

Pronounced as ‘Licks’, it’s based on the LaTeX typesetting system. Instead of WYSIWYG, it follows the principle of WYSIWYM (What You See Is What You Mean). What shows up would be an approximation of what we think is the best suitable formatting. It’s a favorite of technical authors and scientists for the mathematical node system of its databases. A formal teaching of the LaTeX markup language would be beneficial for speeding things up. It runs on Linux, Windows. and Mac OS X. LyX can be used either by clicking on the respective menu button or typing commands on the UNIX command line. It has automatic hyphenation with word wrapping. and excellent page layout.

Would you like to write for us? Well, we're looking for good writers who want to spread the word. Get in touch with us and we'll talk...

DocBook lets you create documents and publish to a number of formats. including PDF, HTML, PUB, and EPUB. It saves your data in the form of a schema, and distributes the different sections to what constitute to be a chapter in a book. It is extremely favored by authors writing on computer hardware and software. DocBook provides outputs in a number of file formats, including HTML and PDF. This is done by saving the file in a DocBook stylesheet with the XSL format.

DocBook converts documents into a Portable Document Format on the Windows operating system. It gives password protection to encrypt the data, and offers to have a digital signature embedded in the document for copyright purposes. You can save it in file formats other than PDF, like JPG, TIFF, PNG, BCL, BMP, PCX, and RAW.

LibreOffice is built on the same programming model as OpenOffice. So what makes it better than MS Word? It has the same features as MS Word, and is completely free. It supports the inclusion of font embedding, which lets you change fonts in the document. It has a word-count ticker which displays the number of words at the bottom of the window. LibreOffice also has many programs similar to MSOffice, like Calc, a spreadsheet program, Impress for presentations, and Draw, which helps in programming by drawing flowcharts and has features suitable for desktop publishing. And best of all, it works on all platforms.

OpenOffice is a forked-out version of LibreOffice, programmed by the same developers. It even has similar programs like Calc, Impress, and Draw. It has a new feature called Fontwork, which lets you create text with special features, such as gradient, background fill, shaping and height of the text, similar to WordArt. OpenOffice supports the extension of MS Word, and converts stylized text into WordArt. Versions are available for Windows, Linux, Solaris, and Mac OS X.

GIMP stands for GNU Image Manipulation Program. It has improved greatly over the past few years, and can compete with rival software in the image editing arena. Originally written on a UNIX platform, it’s compatible with Windows and Linux. You can use it to retouch old photos, and adjust the composition of new ones. GIMP’s native format is XCF, but it supports JPG, GIF, TIFF, PNG, as well as the file formats of Autodesk Animator and Adobe Photoshop documents. The XCF format helps in retaining the quality of the image. 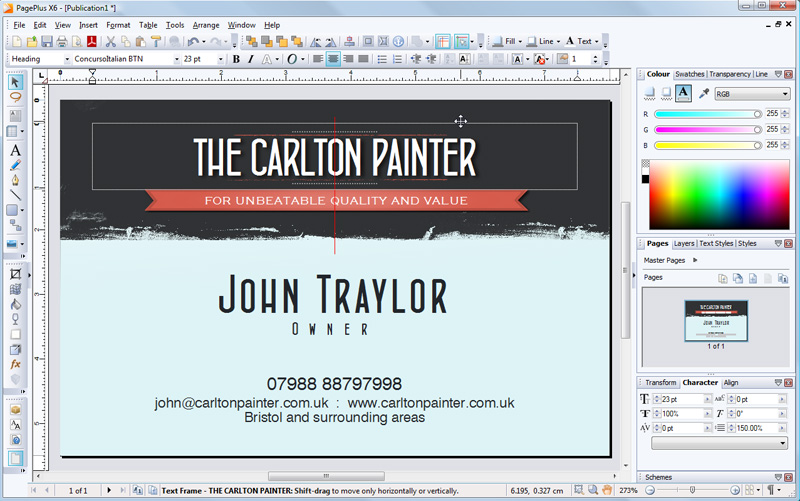 Paint.NET is a raster graphic editor used for creating and editing realistic photographs. Paint.NET is only available on Windows. It supports plugins for image adjustments that reduce the contrast between adjoining pixels to blend the image seamlessly. New plugins have been introduced to render 2D images into 3D shapes.

Fatpaint is an online image editor. It has an online logo maker, supporting the languages of English, Portuguese, and Spanish. It allows the use of a pen tablet to edit an image, as well as search and add images from Wikimedia, Picasa, Flickr, Google, Yahoo, and Bing. It can create photorealistic 3D images. Fatpaint requires Adobe Flash 10 to function on browsers such as IE, Firefox, Chrome, and Opera.

Inkscape supports the use of pen tablets, which makes it easier to select menu commands at a touch. It allows the import/export of raster graphics. You can edit paths by positioning the nodes wherever you feel it’s right. Inkscape provides floating tips and hints to use buttons and other commands. They have improved the consistency and usability of the interface by creating visually appealing buttons and floating toolbars that aid in all tasks. It’s primarily responsible for influencing the coding of Xara Xtreme.

These are some of the best open source desktop publishing programs available at the moment. Commercial software providers make you pay a hand and foot for the same tools. So why not give these software a chance. If you already did, tell us your thoughts in the comment section below.