Blu-ray brings us a truly cinematic video experience and becomes the pinnacle of home entertainment media at present. However, there is a large shift in user behavior occurring right now where people are using their smartphones or tablets to watch movies. Meanwhile, as a physical media, Blu-ray discs are prone to damage or loss.

To provent from damaging or lossing, we can copy Blu-ray movie to another disc, or back up them to ISO image and Blu-ray folder. But what if we want to digitlize them for flexible watching? You can get a Blu-ray decrypter to rip Blu-ray discs to digital formats.

1. The input and output source is diverse. You can import disc, folder, ISO image of Blu-ray/DVD to the program, and convert them to more than 300 video/audio formats including MP4, MKV, AVI, WMV, MP3, WMA, AAC, M4A, etc. with high quality. What's more, this program has predefined hundreds of output profiles for popular digital devices covers Apple/Android products, even game consoles.

2. This amazing weapon enables you to personalize Blu-ray videos with powerful functional editing features. You are allowed to merge file, edit Blu-ray video (clip, crop, rotate, add watermark), adjust effects (like brightness, contrast, saturation and hue of the video), adjust parameters, etc. It's really far more than you can imagine. With it, users can perform their own creativity rather than a simple data conversion. 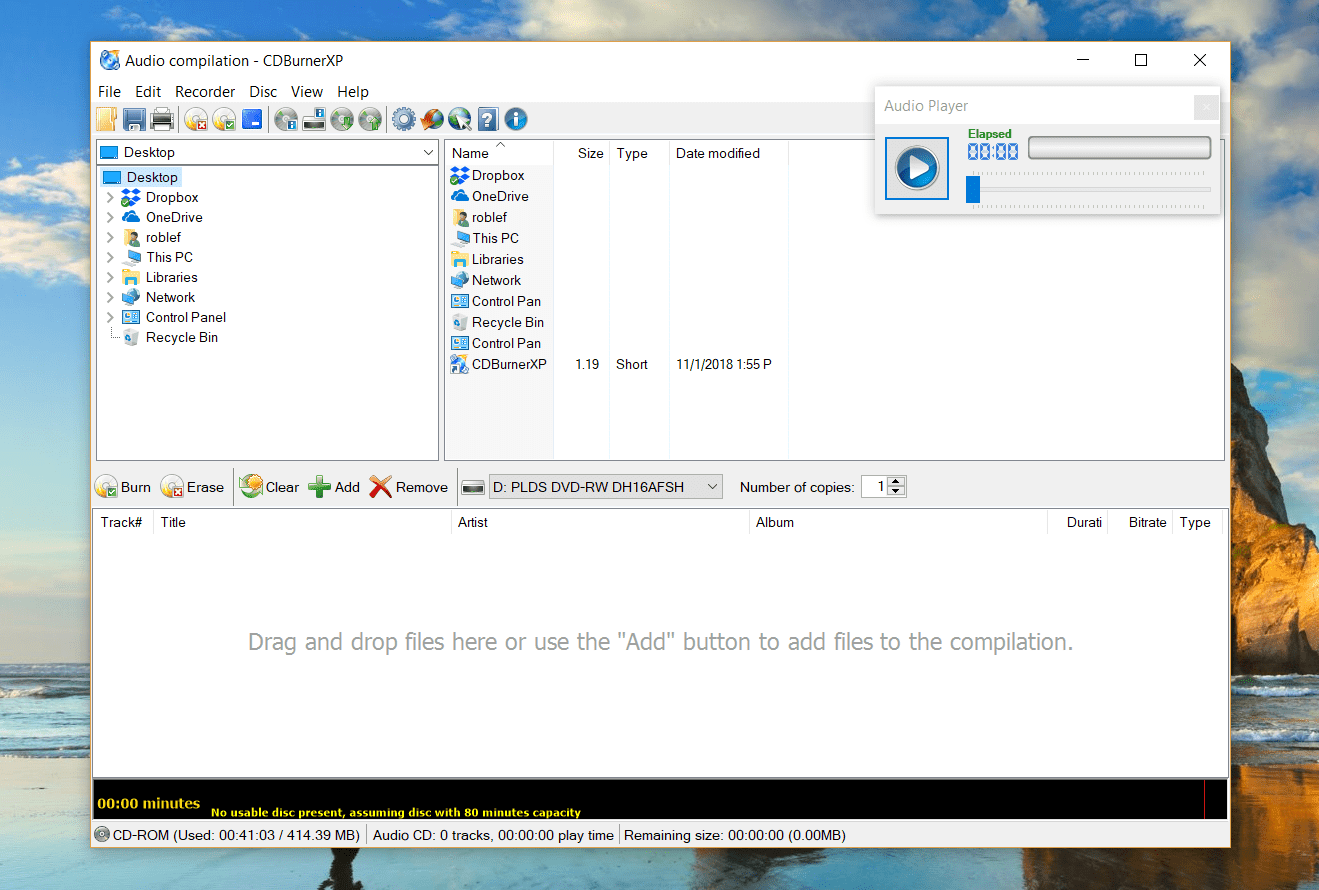 3. With an intuitive interface, the operation steps to decrypt Blu-ray discs are incredibly simple. With the advanced acceleration technology, the conversion speed is super-fast. Batch conversion is also supported.

The following four simple steps would show you how to use VideoSolo Blu-ray Ripper.

Note: The Windows version of VideoSolo BD-DVD Ripper released a new version which has big changes compared with the old version. But the new version for Mac is still under the development. That means the interface and the operation of Windows and Mac will be different.

To know the details about the new version, you can read on the article: A New Version for BD-DVD Ripper (Windows) Released! See What Changes

Step 1. Download, install and run the Blu-ray decrypter. Insert your Blu-ray disc into your Blu-ray external drive which is connected to the computer and click 'Load Disc > Load Blu-ray' to import.

Step 2. Click the drop-down box of 'Rip All to', and choose a category to select an output format as you like.

Step 3. Click the 'Browse' button and choose an output path to save your converted Blu-ray video.

Step 4. Finally, click the 'Rip All' button to start the Blu-ray decryption process.

MakeMKV is the most popular and simplest Blu-ray decrypter on the market at free of cost. It is available on Windows, Mac OS, and Linux. It works as a good Blu-ray decrypter to remove the protection on Blu-ray and convert the contents to a set of MKV files. However, what you should know is that MKV is the only output format you can choose.

MovieRescuer is the best and free Blu-ray decryption tool that can help you save all Blu-ray and DVD discs from being damaged. It helps backup HD and SD main movies from Blu-ray and DVD discs in M2TS or VOB format keeping exactly the original quality. And the multiple subtitles and audio tracks can also be kept in the digital formats. The entire process is quick, practical and easy with no complex configurations.

AnyDVD HD is another Windows-based decrypter that removes restrictions of Blu-ray and DVD disc automatically in the background. After decryption, the Blu-ray will become useable to all programs on your Windows computer, such as Blu-ray backup software like CloneDVD, CloneBD, and others.

DeUHD is a Windows-based solution for ripping 4K UHD Blu-ray disc to ISO image and save on your computer with 1:1 image quality. Please note that DeUHD can remove the protections only on 4K UHD Blu-ray, not including the regular Blu-ray. It is easy to solve the decryption problem for viewing UHD Blu-ray on many media player such as Potplayer.

We have briefly introduced top 5 Blu-ray decrypter software and their own functionalities. VideoSolo Blu-ray Ripper is worth the first try. Of course, which Blu-ray decrypter you employ to rip, convert or copy your Blu-ray movies is best determined by your reasonable needs and the platform of your machine.

Since the late '90s, Macs have welcomed DVD movies. Pop a disc in your drive, watch Apple's DVD Player app open, and enjoy the show. Simple. But DVDs' high-definition successors, Blu-rays, never got the same warm reception. Today, the right third-party hardware and software will let you play Blu-ray discs on your Mac. But, uh … maybe you shouldn't?

Tell us how you really feel, Steve

Steve Jobs famously hated the licensing hurdles and hefty fees Blu-ray imposed. With his characteristic taciturn restraint, he publicly called the format a 'bag of hurt' and likened the groups behind it to the Mafia. Apple never built Blu-ray drives into Macs, and eventually ditched optical drives altogether to focus on selling movies through iTunes.

But some Mac users still need to burn their own Blu-rays or read data off BD discs, so there are plenty of third-party Blu-ray drives available for the Mac. And once those drives became available, a few enterprising companies who did (presumably) pay up for the keys to decrypt Blu-ray discs released Mac apps to play regular Blu-ray movies with those drives.

Unfortunately, searching for mac Blu-ray player online gets you a lot of highly suspect sites with creatively translated English, each pitching their own totally not-at-all-questionable video player that may or may not actually play Blu-ray discs. But there are a few options respectable enough to make it into the Mac App Store. We'll discuss those in a moment, but first, let's talk about another app that sounds like a good idea, but really isn't.

VLC is a justly beloved open-source video player — free, robust, and able to play tons of different formats. With the right tinkering, Blu-ray can be one of them. But playing Blu-rays on VLC is like free-climbing a skyscraper without safety equipment: Sure, it's technically possible, but it's also incredibly difficult, full of drawbacks, and almost certainly a bad idea.

For starters, the site I originally used to find the right files that would supposedly enable Blu-ray playback on VLC is, as of this writing, no longer capable of establishing secure connections. (Which is why I'm not linking to it here.)

When it was up and running, its sparse instructions didn't seem to work, and I had to go digging for another site's advice to get VLC playing even sort of nice with Blu-ray. Then I had to separately install Java to have any hope of getting Blu-ray interactive menus working.

Even after all that, VLC wouldn't play most discs I tried with it, ominously warning me of revoked certificates and other things that sound like they involve well-paid lawyers. And when it did play discs, it refused to let me skip past the annoying preview video tracks before the movie; sometimes, trying to do so just dumped me back at the beginning of them.

VLC works great for lots of things. Blu-ray playback isn't one of them. Just don't do it. Especially when you've got another free and far more legitimate option waiting for you in the Mac App Store.

The two currently available Mac Blu-ray apps come from Chinese companies. Shenzhen-based Leawo's is by far the cheaper – as in, it's free – and while it's perfectly adequate, you definitely get what you pay for.

I tested Leawo's player with a selection of discs from every major studio (plus Criterion, for you cinephiles out there), ranging from titles I bought back in 2009 to discs released in 2018. They all played just fine, with a crisp picture and clear sound. Leawo's menus let me easily switch audio and subtitle tracks, and jump between different video files on the disc with a Playlist option. And unlike hardware Blu-ray players, it's not region-locked, so you can watch discs from all over the world.

But bones don't get much barer than Leawo's offering. It doesn't support Blu-ray menus at all; if you want to view special features, you'll need to guess at their location from the Playlist menu. If you're dying to watch, say, The Sound of Music's pop-over interactive commentary with sing-along mode, Leawo's app will not be one of your favorite things.

The app takes a solid minute (I timed it) just to load a disc, a process that requires multiple un-intuitive menu clicks, and whoever ported it into Mac didn't bother to change the drab Windows-like interface.

If you just want to watch Blu-rays on your Mac, Leawo will definitely do that. It's perfectly serviceable. It doesn't seem to install spyware or bother you with ads. But there's a better (and considerably more expensive) choice if you want a more robust experience.

Hong Kong-based Macgo's Blu-ray Player Pro usually sells for a whopping $79.95, though you can watch for frequent sales that will knock the price down to a still-lofty $39.95. On the App Store, with a 'family' license to run on multiple Macs, it'll cost you $64.99. (There's a marginally cheaper non-Pro version, but like Leawo's app, it doesn't fully support menus, so why bother?)

For that price, you'll get an experience nearly identical to popping a disc into any regular Blu-ray player. Macgo's app played my test discs flawlessly, with full support for menus and a virtual remote that even mirrored the what-are-they-even-there-for red, blue, green, and yellow buttons on the average Blu-ray remote. Its interface isn't Mac-like, but it's clean, intuitive, and unobtrusively minimal.

Discs loaded quickly — 15 seconds, tops – and played the same pre-roll ads and trailers they would in a hardware player, though thankfully, I could skip them just as easily as I would elsewhere. The app offers hardware acceleration for smoother playback, though aside from loading speed, I didn't notice a difference in quality between it and Leawo's app. Macgo's app even supports BD-Live online features, though you'll have to go into the Preferences to turn that feature on; it's switched off by default. I couldn't tell or test whether Macgo's app was region-free, but I'd be surprised if it weren't.

The only shortfall I found in Macgo's app, besides its price, was its lack of support for 3D or 4K UHD Blu-rays. I'm sure that's a dealbreaker for some folks, but most users probably won't lament it.

In hindsight, Steve Jobs may have been right to keep Blu-ray drives out of Macs. On a laptop screen, you may not be able to fully enjoy the HD splendor of a great Blu-ray picture. (And hauling around an external drive plus discs would make the experience a lot less portable.) Desktop Macs with big screens already have Netflix, iTunes, and lots of other less noisy and expensive ways to watch HD movies.

For the same $120 - $180 you'd shell out for Macgo's app and a good external drive, you could buy a decent Blu-ray player to hook up to your big-screen TV. (Reputable names like Sony and LG offer region-free players you can score for $100 or less with a little comparison-shopping.) 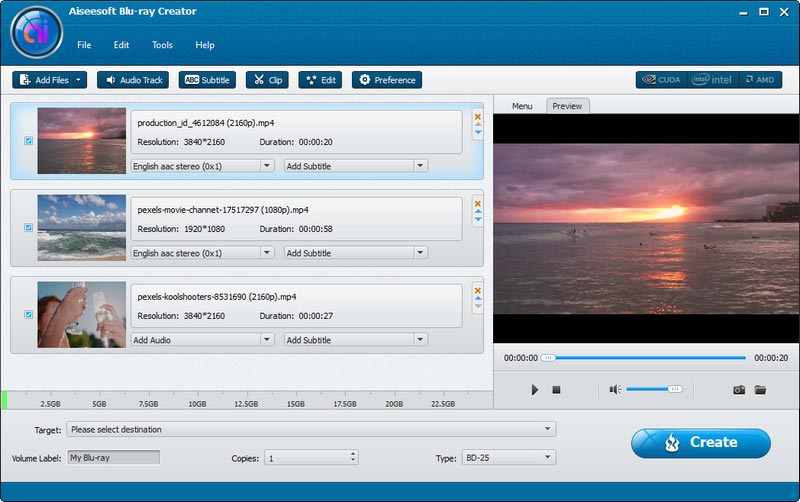 If you don't own a TV or a Blu-ray player, do own a Mac, already own an external Blu-ray drive for some other purpose – like ripping the Blu-ray discs you own for your personal digital collection – and really, really want to watch Blu-rays specifically off the discs, you'll likely be pleased with Macgo's app, and reasonably satisfied with Leawo's.

But with so many other, less troublesome ways to watch movies on your Mac, maybe you're better off leaving this particular bag of hurt alone.