We posted a poll to see what computer has the most votes. While a G5 may be a decent day-to-day computer, the G3's are vintage and still can do some amazing things such as being the jukebox at a party or a kitchen computer, or go to extreme lengths and use them as your daily machine! The first, of course, was Apple jumping ship from the PowerPC line of chips, ending with the G5 as its last hurrah in that space, to more competitive Intel chips. Today, at WWDC, Apple announced its next transition, promising to release the first Apple Silicone powered Macs by the end of the year.

The Power Mac G5 was introduced on 2003.06.23 – the same day Intel officially unveiled the 3.2 GHz Pentium 4. In terms of increased clock speed, that means Intel had a 6.7% speed bump the same day that Apple announced a 40% improvement in clock speed (from 1.42 GHz to 2.0 GHz), allowing it to call the Power Mac G5 the world’s fastest personal computer at the time.

Apple is using the 64-bit PowerPC 970 processor from IBM, since Motorola abandoned its G5 development plans long ago. The PPC 970 is based on the same POWER CPU core as IBM’s supercomputers.

Both the Power Mac G5 and the PowerPC 970 CPU were designed from the ground up to support symmetric multiprocessing (using two or more CPUs to run processes in parallel). The PPC 970 uses the same Velocity Engine instructions as the AltiVec engine in Motorola’s G4 processor, and it’s fully compatible with existing 32-bit software.

The motherboard architecture uses the new HyperTransport technology. System memory is so fast (400 MHz RAM on an 800 MHz to 1.0 GHz bus) that there’s no need for a level 3 cache.

New to Apple are Serial ATA (SATA), which supports up to 1.5 GBps bandwidth for internal hard drives, and built-in USB 2.0, which finally gives Mac users full speed access to some of those wonderful USB 2.0 peripherals developed over the previous couple years. The Power Mac G5 also adopts the new twice-as-fast AGP 8x bus for video cards.

One headphone jack, one USB 2.0 port, and one FireWire 400 port are located on the front of the G5 for easy access, something Power Mac users have been dreaming of for years.

The G5 is in a new aluminum enclosure that’s vented in the front and back. The case includes four thermal zones and nine fans to handle cooling, each independently controlled for speed. Apple claims the Power Mac G5 is “twice as quiet” as the Power Mac G4. The case is a bit taller and slightly narrower than the Power Mac G4 and just a little deeper. It’s also nearly three pounds lighter.

Note that the 1.6 GHz model is one of Apple’s entry-level G5s, which means it uses 33 MHz PCI expansion slots instead of 133 MHz PCI-X slots, has 4 memory slots instead of 8, and uses a 450W power supply (dual processor models have 600W).

You should have the most recent firmware installed in your Power Mac G5. The newest version is Power Mac G5 Uniprocessor Firmware Update 5.1.5f2, which is only for 1.6 GHz G5 Power Macs. Apple recommends removing any third-party RAM before installing this firmware update.

In each generation, except for the final dual-core one, the fastest model is the least reliable, while the second-fastest is the most reliable. Logicboards are the most expensive component to repair, followed by the power supply. Hard drives, optical drives, video cards, and RAM can be replaced inexpensively using third-party components. 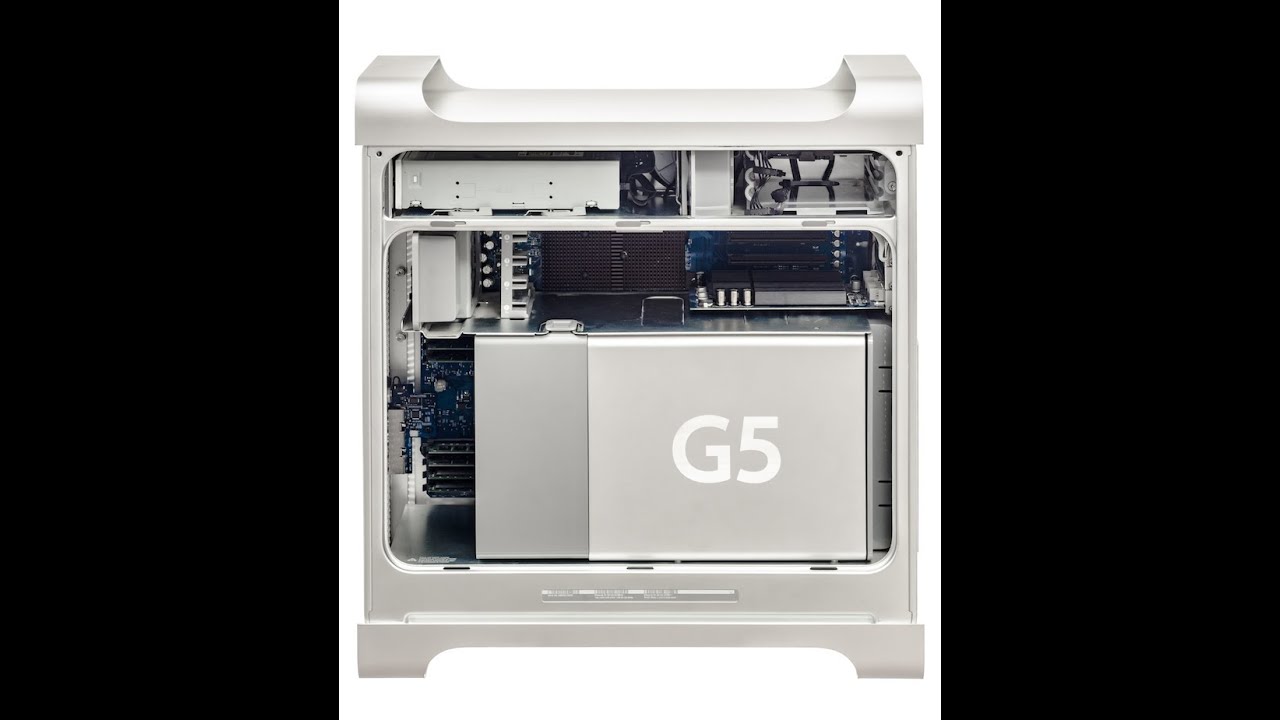