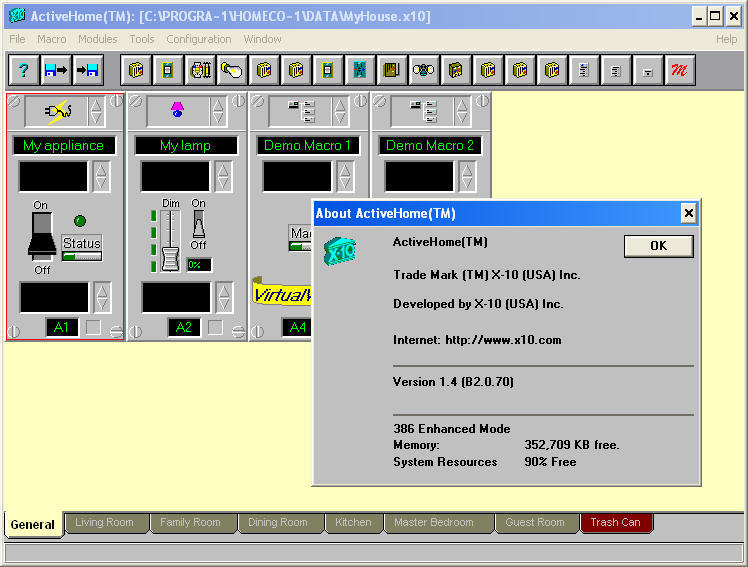 The X10 ActiveHome Pro software, in conjunction with the Interface, lets you control lights and appliances around your home when used with X10 Modules. When you purchased the X10 ActiveHome Pro Computer Interface you received an e-mail containing a link entitled “New Software Download Link. Yes, it's true. Big things really do come in small. 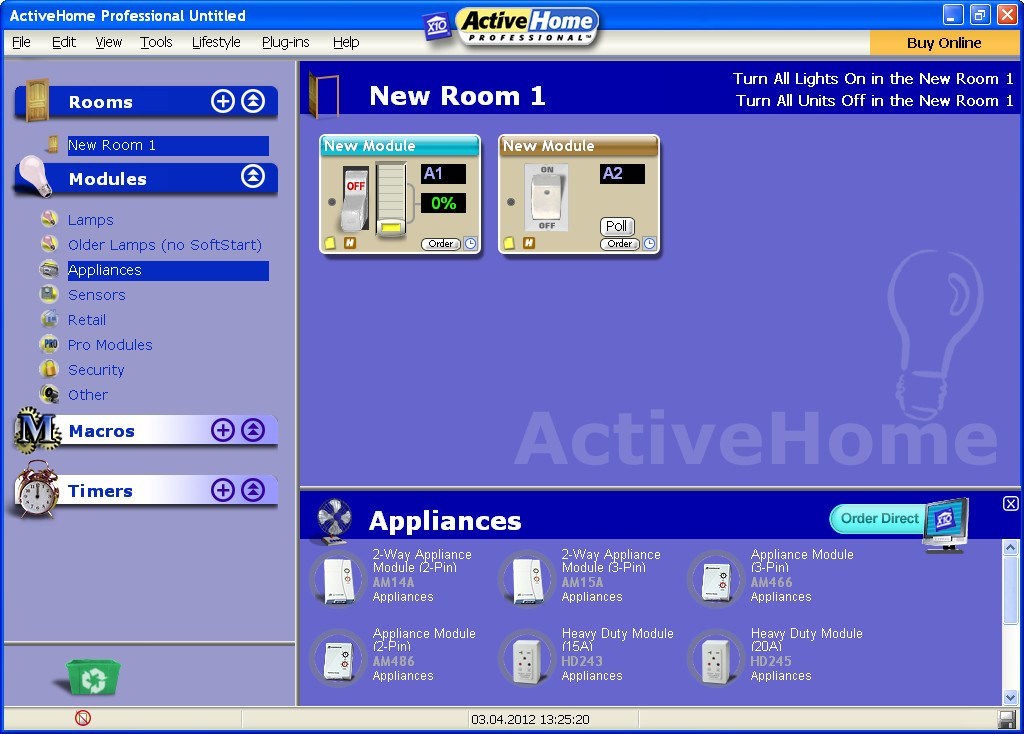 Dusk & dawn timers are supported. The limited EEPROM of the interface is used in an efficient way to store as many timers & macros as possible. Also DST support is present. For a number of X10 devices a program wizard is available.

The program supports text to speech & speech recognition. Besides that its possible to use the program within your own scripts using a simple command line interface. With version 2.0.0 also a web server is integrated, so your X10 devices can be controlled from virtually everywhere.

Since 2.3.0 the support for extended commands (Type 0 and Type 3) has been enhanced. Also supports now the variable ramp of dimming that is part of Type 3 command 1.

Last but not least the program can serve as server for multiple network clients. It also supports clients that run on Android, so you can control and monitor your devices also from your phone, tablet or Google TV. The Android app can be downloaded from Google Play. Since January 2014 also a BlackBerry app is available. This app can be downloaded from the BlackBerry App World.

You'll need a computer, a free serial port (or USB) and a X10 interface to do anything useful.

The following interfaces are supported:

Pros: When it works it is a useful program.

Cons: Most of my attempts to connect to a CM11A from a Win10 machine result in 'Disconnected CM11A' in the bottom message box. If I restart the Activehome Vista program a few times, sometimes it will then connect to the CM11A. Frustrating. If anyone is reading this, t there a solution? thx!